You are here: Home / About / Founding of Mensa

Mensa “provides a forum for intellectual exchange among members. Its activities include the exchange of ideas by lectures, discussions, journals, special-interest groups, and local, regional, national, and international gatherings; the investigations of members’ opinions and attitudes; and assistance to researchers, inside and outside Mensa in projects dealing with intelligence or Mensa.” [Mensa Constitution]

Mensa was founded in Oxford, England, in 1946 by Roland Berrill and Lancelot Lionel Ware. Berrill was an Australian expatriate licensed to practice law. Dr. Ware was a Ph.D. on his way to becoming a barrister who had become interested in intelligence testing while working at the National Institute for Medical Research. They met by chance on a train and subsequently corresponded, primarily about the possible formation of a club – a longtime dream of Ware’s. Early in 1946, Ware administered the Cattell III test to Berrill, and Berrill went off in search of his constituency. On Oct. 1, 1946, Berrill had the first piece of Mensa literature printed, and the date is now the recognized founding date for the organization. 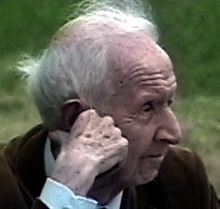 The word “mensa” means “table” in Latin; similarly, “mens” means “mind” and “mensis” means “month”. The name Mensa is reminiscent of “mind”, “table”, and “month”, which suggests a monthly meeting of great minds around a table, where race, color, creed, national origin, age, politics, educational or social background are irrelevant. As such, the society welcomes people from every walk of life whose intelligence is in the top 2% of the general population, with the objective of enjoying each other’s company and participating in a wide range of social and cultural activities.

There is simply no one prevailing characteristic of Mensans other than high intelligence. There are Mensans for whom Mensa provides a sense of family and others for whom it is casual. There have been many marriages made in Mensa but for many people, it is simply a stimulating opportunity for the mind. Almost certainly, most Mensans have a good sense of humor and they like to talk. And, usually, they have a lot to say.

Mensa takes no stand on politics, religion or social issues. Because Mensa encompasses people from so many different countries and cultures, and with many different points of view, for Mensa to espouse a particular point of view would go against its role as a forum for all points of view. Of course, individual Mensans often have strong opinions. It is said that in a room with 12 Mensans you will find 13 differing opinions on any given subject.

Globally, and in Singapore, Mensans range in age from 4 to 94, but most are between 20 and 49. In education, they range from preschoolers to high school dropouts to people with multiple doctorates. There are Mensans on welfare and Mensans who are millionaires. As far as occupations go, the range is staggering. Mensa has professors and truck drivers, scientists and firefighters, computer programmers and farmers, artists, military people, musicians, laborers, police officers, glassblowers – you name it. There are famous Mensans and prize-winning Mensans, but there are many, many whose names you wouldn’t know.

Next: Mensa International | Mensa Singapore | How to Join